Stories about how M.52 is attracting attention to the landscaping industry and exciting potential young employees

Crews don’t want to be interrupted while they’re in the middle of a job. Every minute matters because they are often racing against the clock with a short-staffed team. But it’s their high demand for workers that makes this a question worth stopping for.

A Scythe partner in Austin is maintaining a high school property with M.52 and it has attracted attention since the day it arrived. Teachers stop in their tracks as they walk by, staring at the mower with no one riding it. Teenagers bust out their phones to record videos of it in action. Passing cars slow below the school zone speed limit just to get a glimpse. But while attracting attention to your landscaping business can be exciting, attracting talent is even better.

A group of students recently interrupted the crew at work and enthusiastically asked, “WE’VE SEEN THIS ROBOT HERE AND IT’S AWESOME ARE YOU HIRING??” (All-caps for emphasis–excitement overtook them as they spoke loud and fast.)

The boldest among them, a senior graduating in a couple of months, then began rattling off his qualifications: he mows lawns in the neighborhood and has done so for years, he does power washing as well, he doesn’t have a technical background but is willing to learn. “It would just be awesome to mow with this!” he exclaimed, the others nodding along. The team exchanged information with the students and directed them to the company’s website to apply.

Young people entering the workforce today want to work with technology. Thanks to the latest innovation in the industry, landscaping now offers that opportunity. You can use tools like M.52 to make your landscaping business stand out as you recruit young employees–just be sure your teams are prepared for the interruptions they may get from potential recruits. 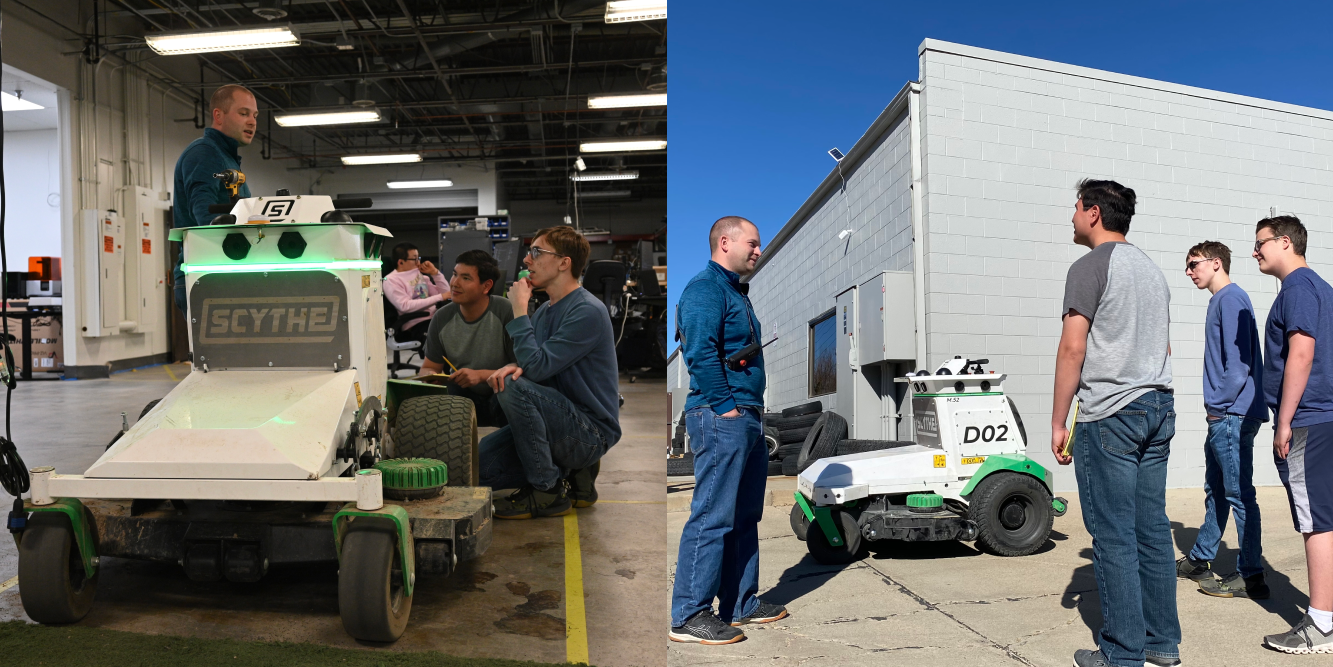 The rapid technological advances in landscaping equipment are attracting young people to the industry overall, not just to the field.

An engineer at Scythe recently overheard a different group of high school students talking about a robotics project they were working on while at a local coffee shop. He struck up a conversation and shared a bit about what we’re up to at Scythe. “THAT’S SO COOL,” they blurted out (with the same all-caps excitement).

With a newfound interest in landscaping equipment, they visited our shop to learn about off-road robotics and the product development process. They promptly arrived at the time of their tour with a list of informed questions, having clearly done some research before coming in. One of them took rigorous notes while the others grilled our engineer about the components of the machine. Their enthusiasm was contagious.

Interested in various fields of engineering, the landscaping industry might not have been one these students would have considered before. But in seeing the mechanics behind M.52 and realizing the engineering challenges that come with building landscaping equipment, it's certainly on their radar now. 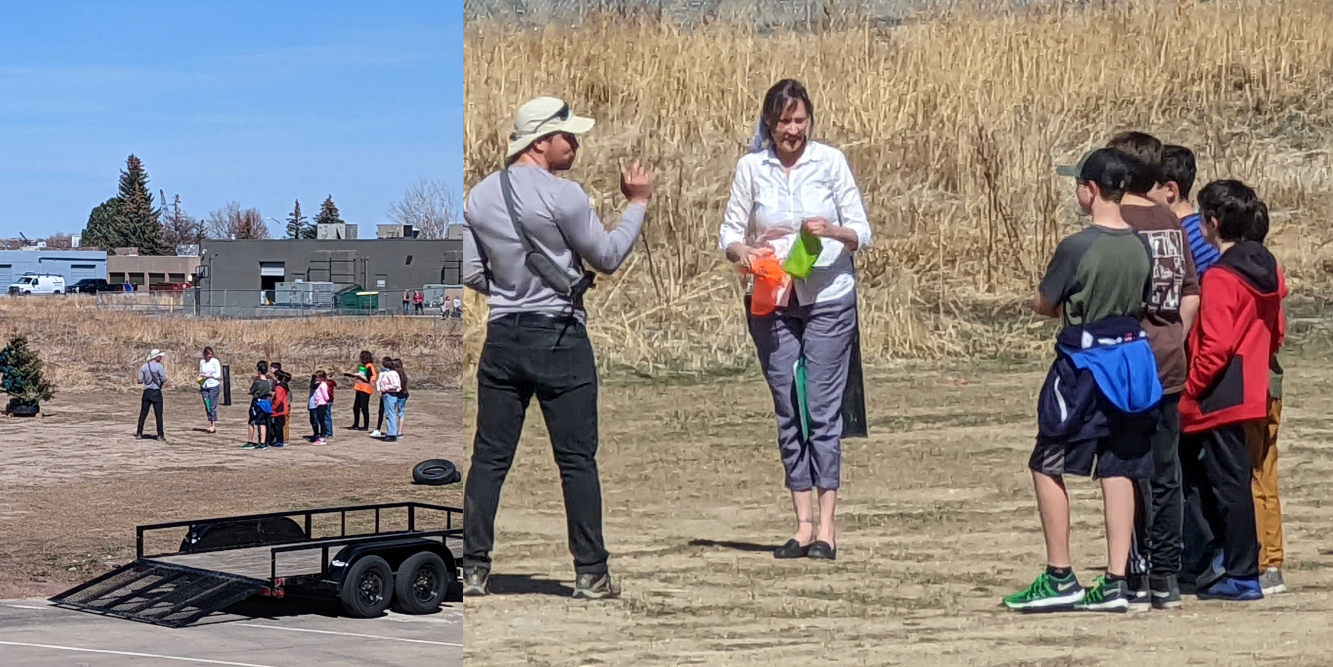 “WE LIKE YOUR ROBOT,” some all-caps elementary school students shouted at a few Scythe field team members last week. They were mowing near a playground and the students swarmed the fence as M.52 mowed on the other side.

“WHY DID IT STOP??” Well it saw you and turned off the blades for safety.

“HOW DOES IT KNOW WHERE TO GO??” It uses computer vision to see!

“CAN I TOUCH IT??” Absolutely not.

We’ve found that kids are especially excited about M.52. So excited, in fact, that one of these students actually started to scale the fence so he could get closer to the robot before his teacher yelled, “No climbing!”

Similar encounters happen regularly at a Scythe test site where our field team often gets visitors from the elementary school next door. There is no fence to contain their excitement, but thankfully they are a little more restrained than the other bunch.

These young students are being introduced to robots through landscaping, an exciting debut that will shape how they see the industry for years to come. While they may not be field-ready for another decade or so, these kids are on their way to becoming the next generation of landscapers.

Scythe Sight, our computer vision technology, enables M.52 to mow safely and productively – all on its own

The Benefits of Electric Power

How the zero-emissions M.52 is better for both your business and the planet

From the Ground Up

Sign up for our monthly recap to get the latest blog posts, behind-the-scenes content, and production updates delivered straight to your inbox.